From Farm to Table: A Look at Michigan’s Robust Ag Industry 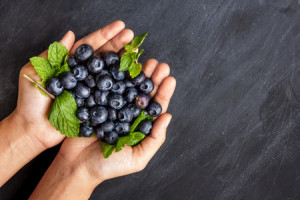 The next time you are in the produce section at the grocery store, we challenge you to think of the source of that food. It’s likely that Michigan’s agricultural industry was somehow involved in your meal planning. The economic impact of agriculture products on the Michigan economy recently surpassed the $100 billion mark. And there’s no typical farmer or farm. Michigan producers grow various types of fruits, vegetables and livestock commodities. In fact, Michigan produces more than 300 different commodities!

Produce
Here’s some sweet truth. Michigan’s tart cherry growers lead the nation in terms of production, with more than 38,000 acres of farmland dedicated to this crop. We can’t forget about another favorite summer fruit. Our farmers are also the second-largest producers of tame blueberries, accounting for nearly one in four of all cultivated blueberry production in the United States. In 2016, the Michigan varieties yielded about 92 million pounds. Blueberry pie, anyone?

Who doesn’t like a pickle with a sandwich? Most of the cucumbers used for pickling in the United States comes from the Mitten State. Our farmers harvested more than 171,000 tons of cucumbers for pickle processing in 2016, which is about 32 percent of national production.

As you can see, Michigan agriculture is diverse and its impact is far-reaching. Consider the fact that every $1 in export activity generates another $2.93 in economic activity, meaning Michigan’s total agriculture exports of $2.8 billion have a local impact of an additional $8.2 billion.