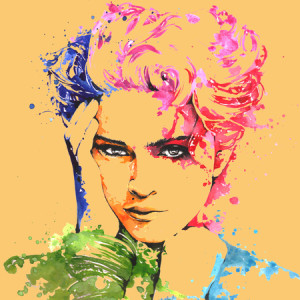 Michigan is synonymous with the auto industry, Great Lakes, football and other things. Another consistent theme is music. Let’s look at our state’s past and present, as it pertains to music.

Past: When it comes to homegrown talent, look no further than a few top acts from the past. Smokey Robinson, a Detroit-born singer, was the founder and front man of the Motown vocal group The Miracles. He’s considered America’s greatest living poet by Bob Dylan. Diana Ross, has made her mark as a singer, songwriter, actress and record producer over the years. Born and raised in Detroit, she’s best known as the founding member and lead singer of the vocal group The Supremes.

The artists of the past paved the way for today’s generation. You can learn what this means at the Music House Museum, in Grand Traverse County, just north of Traverse City. The institution was founded in 1983 and provides guests with a walk through the history, artistry and engineering of automated music. The collection spans from the late 18th century to 1950, going from simple music boxes to early recorded sound and radio.

Present: These two Michigan artists are household names. Kid Rock, also known as Robert James Ritchie, was born January 17, 1971, in Romeo, Michigan. In 1998, his sixth album sold 11 million copies. The Queen of Pop, Madonna Ciccone, was born in Bay City in 1958. She was ranked at number one on VH1′s list of 100 Greatest Women in Music and number two (behind only The Beatles) on Billboard’s list of Greatest Hot 100 Artists of All Time.

But there’s more to Michigan than the commercial side of music. Interlochen Center for the Arts, located outside of Traverse City is a world-renowned school. Interlochen was founded in 1928 and offers programs in music, theatre, visual arts, film, creative writing and dance.

Here’s to you, music makers!